Fify Azmi goes from model to action star with ‘Wira’

Things might just change drastically for Nur Afiqah Mohammad Azmi with the opening of the film Wira at cinemas today.

Professionally known as Fify Azmi, the 29-year-old Subang Jaya native is making her big-screen debut in the Adrian Teh action-packed feature. In it, she has the secondary lead role, after Hairul Azreen.

Interestingly enough, the role came to Fify, in an unexpected manner – she was cast after the original actress was injured during training and was unable to continue.

However at that point, the preproduction work of training the Wira actors for the action sequences had already gone on for more than a month.

Despite her late entry, Fify immediately said yes as she realised that Wira was an opportunity of a lifetime.

She did not waver even when it meant undergoing daily intense training sessions for almost two months, as well as chopping off her chest-length hair to a boyish cut.

“I always wanted be an actress, but my rezeki (livelihood) has been more as a host (Borak Kopitiam), appearing in commercials (Clean & Clear and L’Oreal), and as a content provider for a (radio station’s) digital portal, ” said Fify, who started auditioning for commercials alongside her identical twin, Khalie Azmi, since her schooldays, and was a finalist in the beauty pageant Dewi Remaja 2014/2015.

Stepping into Teh’s detailed plan for Wira would’ve been challenging for any actress, what more a first-timer.

“I have gone for Muay Thai classes before and liked it. But for Wira, my exercises were specific, I had two sessions from 10am to 6pm everyday, with (MMA fighter) Theebaan G in the morning and Indonesian action-star/martial artist Yayan Ruhian in the afternoon. I also ate special meals to complement the training. 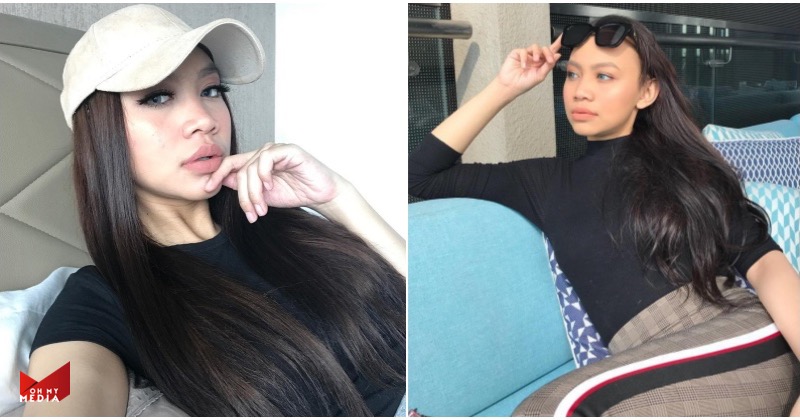