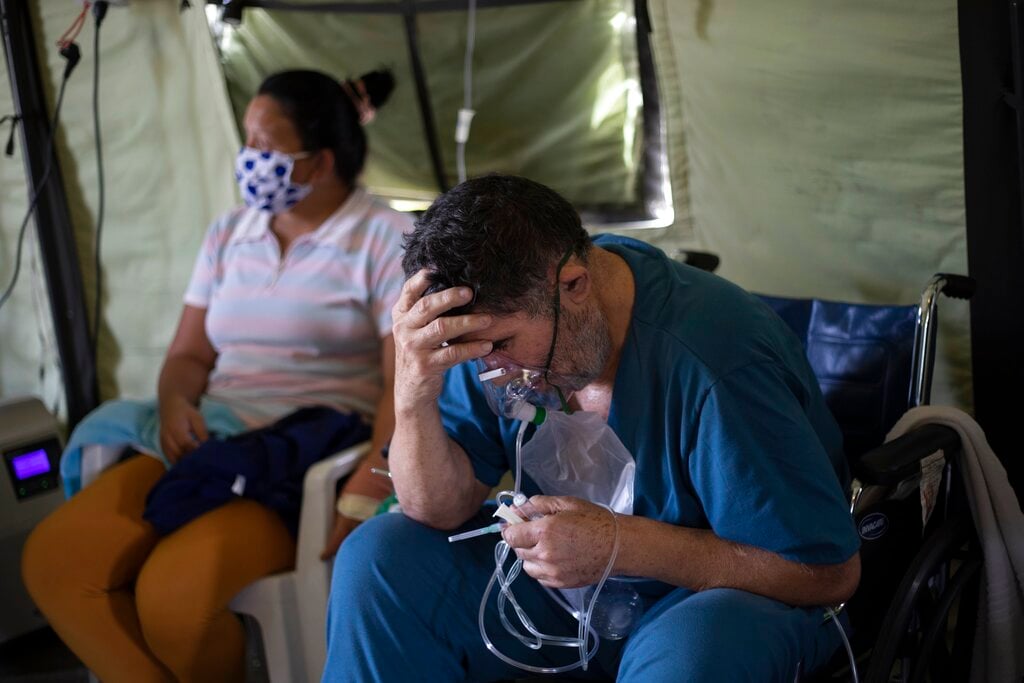 PARIS: At least one in three patients hospitalised with Covid-19 suffer long-term health issues including multiple organ problems and deteriorated mental health, according to a review of studies looking at the lasting impact of the disease.

Published in the journal Nature Medicine on Monday, the review looked at the frequency of symptoms among Covid “long-haulers”, the most common of which include fatigue, shortness of breath, anxiety, depression, and post-traumatic stress disorder.

Authors of the research said the data pointed to an underappreciated health emergency that governments needed to study more closely and find ways to manage.

“Given the millions of people infected by SARS-CoV-2 globally, the long-term cost on physical, cognitive and mental aspects of health still remains to be seen,” lead author Kartik Sehgal, a medical oncologist at Boston’s Dana-Farber Cancer Institute, told AFP.

“We may be capturing only the tip of the iceberg.”

While severe Covid-19 infects patients’ lungs — leaving many with long term breathing issues — studies have shown that the virus also attacks other organs, leading to a variety of complications including cardiovascular illness and chronic inflammation.

Sehgal and colleagues reviewed nine long-term studies from Europe, the US and China and found that several patients reported multiple organ problems months after they were discharged from hospital.

Overall, they found that 30% of patients studied reported at least one symptom, such as fatigue, shortness of breath and psychiatric conditions.

One study in Italy of 143 patients found that nearly 90% reported lingering symptoms 60 days after they recovered from initial Covid-19 infection.

In total, more than half of the patients experienced multiple symptoms two months after leaving hospital.

Three studies from France, Britain and China showed that between 25-30% of patients reported sleep disturbances weeks after recovering from Covid-19.

And approximately 20% of patients had reported hair loss, according to results from multiple studies.

The results regarding mental health were perhaps equally concerning.

In a cohort of 402 survivors in Italy one month after they were hospitalised, 56% tested positive for at least one psychiatric condition such as PTSD, depression or anxiety.

The authors said that around 30% of patients had developed PTSD after being hospitalised with Covid-19.

“It is important to not forget about the mental health effects of long-Covid-19 while taking care of the physical symptoms, as they can be easily missed,” said Sehgal, who is also an instructor at Harvard Medical School.

The researchers called for further investigation into long-Covid, and the wider establishment of clinics to treat people with lingering, life-altering symptoms.

Sehgal said he hoped the research showed that simply surviving Covid-19 is not necessarily a satisfactory health outcome.

“Although preventing deaths remains the most important goal, it is also important to recognise the multi-organ morbidity of Covid-19,” he said.

“The medical needs of patients with Covid-19 don’t stop at the time of hospital discharge and they also don’t necessarily stop after three to four weeks.”